If you are a do-it-yourself homeowner, and you have a circuit breaker that needs replacing, you may be able to replace it with a new one yourself. There are only a couple of tools necessary. You will need a voltmeter, a slot screwdriver, a flashlight, and some colored tape, such as painter's tape. The following are the most important things to know about changing a circuit breaker.

Make sure you buy the correct circuit breaker

Do not simply look at the amp rating of the old circuit breaker. There's more to these breakers than amp ratings. Use the part number printed on the circuit breaker to get an exact replacement.

Two things to pay attention to on your new circuit breaker

The first is a grease substance on the inside corner of the breaker. This is supposed to be there, so do not wipe it off. The second thing to pay attention to on your new breaker is the slot screw. If you examine it closely, you'll see two pieces of metal. This is where the wire goes. It does not go underneath the screw, but between the two metal plates. When you tighten the screw, the metal plates press against the wire to make the connection.

Turn off the main power

Shut off the power to your entire house. However, you need to understand that even though there is no longer any power in your house, there will still be power from the outside line to your house. These main power lines will usually be fed into the top of the circuit breaker box. These power lines are live, so do not touch them. Identify the circuit breaker you want to replace, and make sure it is in the off position. Take a small piece of colored tape, and put it on that breaker, so there is no mistake about which one you're replacing after you take off the panel.

Completely remove the panel from the breaker box

This is done with your screwdriver. Although this is easy, the panel is often heavy and will begin to fall when you take the screws off. You may need some help. It's a good idea to have somebody there for this part of the job. At this point, you can use your voltmeter to check for any possible live voltages before you remove the old circuit breaker.

Remove and replace the old breaker

Using your screwdriver, turn the screw on the old breaker. The wire will pull out. There is nothing holding the circuit break-in. It will slide out. Slide in the new breaker, and slip that wire between the two plates, then tighten the screw. The only thing left now is to get that panel back on. It's heavy, so have someone help you put it on carefully.

As you can see, changing a circuit breaker is straightforward. You should have someone help you with the panel, and make sure to have your tools ready: a screwdriver, a voltmeter, painter's tape, and a flashlight. If you have any concerns about doing this yourself, contact an electrician. 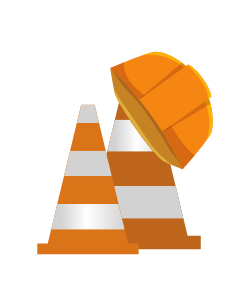 No matter the size of your industrial business, you will need the right equipment and supplies to fulfill your contracts and create products or offer services efficiently. The productivity of your production line depends heavily on both keeping best practices and using modern, efficient equipment. As amateur industrial equipment and supply enthusiasts, our team has gathered the information you need to create the production line you have dreamed of. Your business can compete with the best by following our tips and installing the right equipment for your needs. If you need more information about any piece of equipment, contact the resources we link in our articles. Before you know it, your small factory will be more efficient than ever before.